What you should know about direct anterior approach hip replacement

The prospect of a hip replacement surgery can be daunting. To start, it’s a pretty major operation, which is always a little scary. In addition, it’s a treatment that tends to come at a point in life – the average hip replacement patient is about 70 – when patients are understandably concerned about recovery and regaining mobility.

The good news is that developments in hip replacement techniques have revolutionized the procedure and transformed the recovery process – and that OrthoAtlanta is at the forefront of that revolution.

Who do people need hip replacements? The simple answer is “wear and tear.” A lifetime of friction can wear down the cartilage that keeps bone from rubbing against bone – a process known as osteoarthritis – leading to pain and an accompanying loss of mobility.

In addition, several other conditions can contribute to damage to joints, including:

Depending on the severity of the hip pain – and whether or not there is inflammation – doctors may prescribe treatment first with pain relievers, NSAIDs or corticosteroids. Eventually though, a hip replacement may be the most sensible treatment.

A total hip replacement is fairly straightforward. The damaged bone and cartilage are removed and replaced with metal or ceramic elements. Generally, a new ball is fitted to the femur while a new socket is placed in the joint as well. Finally, a plastic, metal or ceramic spacer is placed between the two to mimic the cartilage that once separated the two pieces.

While few would argue with the benefits of hip replacement surgery – patients often report feeling years younger afterwards – many people are reluctant to have the surgery due to fears of a long, arduous recovery. And for a lot of people, that fear is justified.

Traditionally, hip replacements were performed using a posterior approach, that is, surgeons approached the joint from behind. But that means cutting through quite a bit of muscle to get to the joint, leading to a slow recovery and requiring all sorts of behavioral restrictions – called “hip precautions” – for months after surgery.

An anterior approach – from the front – on the other hand, allows surgeons access to the joint through a much smaller incision (about 3-5 inches) and without cutting through any muscle, dramatically shortening recovery times and reducing or eliminating many of the hip precautions patients must take after their operations. And since an anterior approach hip replacement is performed with the patient on his or her back (and not on their side), surgeons are able to take advantage of live x-ray, or fluoroscopy, during the procedure; this allows for more precise placement of the new joint elements. And it’s a much quicker operation too. It generally takes about an hour and is considered an outpatient procedure.

Patients are usually home within 24 hours and a complete recovery and return to full mobility is achieved in about a month. That’s compared to at least three months of recovery time for a traditional posterior approach procedure. And with the muscles that support the hip intact, there’s very little risk of the joint popping out – a serious concern after traditional operations, and the reason those patients have to observe such strict precautions.

A difficult surgery – with enormous advantages

First proposed by doctors in the 1970s, direct anterior approach hip replacement surgery had proven itself by the mid-1980s. Even so, it’s been slow to catch on due to the advanced surgery skills required. The simple fact is that not all surgeons are able to carry out such a sophisticated operation, which is why, even today, only about a quarter of hip replacements in the U.S. utilize the approach.

That’s why OrthoAtlanta was so happy to welcome Dr. Scalamogna to its practice in 2019. A former Naval Flight Surgeon, Dr. Scalamogna completed his orthopedic residency at the National Naval Medical Center in Bethesda, Maryland, and his mastery of the anterior approach hip replacement surgery brings a dramatically improved experience to patients across the metro.

OrthoAtlanta physicians near you who commonly perform Anterior Hip Replacement. 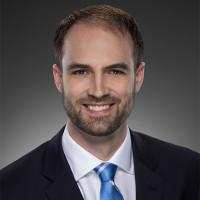 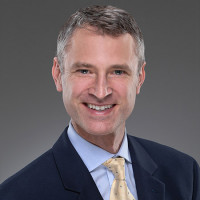 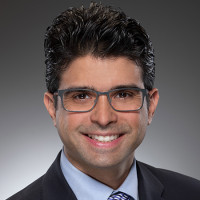 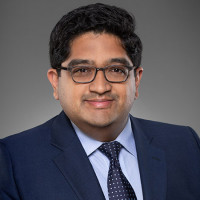 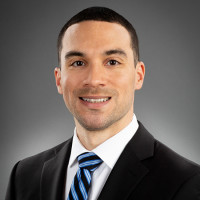